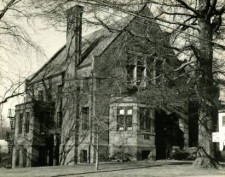 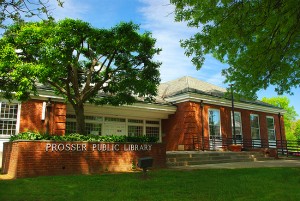 In 1900, Levi Prosser, the son of a prominent Bloomfield family, left 1/6th of his estate ($16,255.85) to the Town of Bloomfield to establish a free public library, although Levi Prosser himself was a resident of Massachusetts. Prosser Public Library was dedicated in 1903 and was housed in a multi-purpose building that included the Town Hall and was located on the Library’s present site, 1 Tunxis Ave. The library started out as one room in Town Hall, but eventually expanded to the entire first floor of the building. 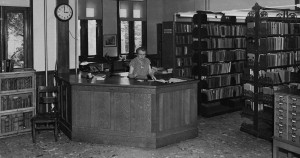 In 1963, the original building was torn down. Unfortunately, while the library’s collections were in storage at the Center Grammar School on Jerome Ave, that building was destroyed by fire along with most of the collections. The present Prosser Library building was completed and dedicated in 1965. 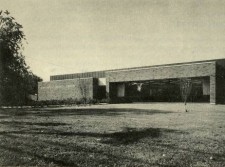 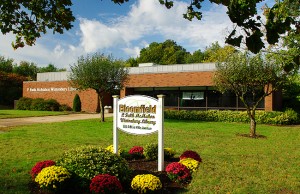 There were also precursors to the branch library, McMahon Wintonbury Library. A home in North Bloomfield served as the first branch library beginning in 1908. The Blue Hills Branch Library, also called The East Branch Library, was funded by the Women’s Auxiliary of the Citizen’s Party beginning in 1933, and was later supported by the Town of Bloomfield.

The history of libraries in Bloomfield, CT, predates the town’s incorporation in 1835. There were at least three, perhaps, four subscription libraries that preceded the founding of Prosser Library as the main library in the Town of Bloomfield: 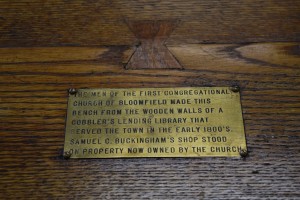 Prosser Library bench, made from the walls of the Buckingham Cobbler Shop/Lending Library 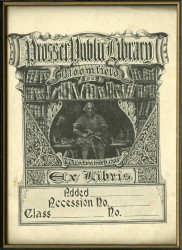 Cobbler Buckingham was shown on early bookplates of the Prosser Library