Every now and again I like to try out an altogether new project with my Science Explorers, and this is one I’ve been wanting to test out for a while:  BALLOON HOVERCRAFTS. But before we get into the details of how our balloon hovercrafts were built (and how they work), let’s touch on a brief history about hovercrafts in general.

Sir Christopher Cockerell, a British engineer, invented the first hovercraft design in 1956. He wanted to create a vehicle that could move over the water’s surface, floating on a layer of air.  Some would say he created one of the most successful inventions of the 20th century. Today, hovercrafts are used commercially, by the military, and for personal use. [Information source: Educational Innovations, Inc.] 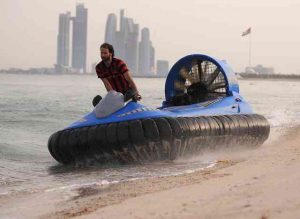 There was one more thing I needed to cover with my scientists before we launched into our project of the day:  Friction and Newton’s First Law of Motion.

It is important to explore friction a bit because that is exactly what makes the hovercraft so successful – the lack of friction. Not only does a hovercraft float on a layer of air, but it is designed to move along that same layer of air while avoiding the friction that might be created by a surface of water or rugged land terrain. I brought out two of my favorite quick demonstrations to help my scientists to see the difference that friction can create on a moving object:  The Spinning Penny Balloon and the Screaming Balloon. 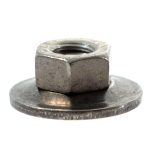 I included the links above for more detailed instructions on how to do both demonstrations. Basically, with the spinning penny balloon, my scientists could see the perpetual motion of a penny inside a controlled space (the balloon). But getting it started with a circular motion, the penny will loop around the inside of the balloon using centripetal force, eventually allowing gravity to slow down its progress. However, the screaming balloon, you place a hex nut inside the balloon instead. Because the hex nut does not have the same smooth circumference as the penny, it creates a great deal of friction as it moves around the inside of the balloon…and that friction creates a high-pitched whining noise.

Newton’s First Law of Motion (The law of inertia): An object at rest stays at rest and an object in motion stays in motion with the same speed and in the same direction unless acted upon by an unbalanced force.

Newton’s First Law was important in the context of our hovercraft experiment because you need more than just a layer of air beneath a hovercraft for it to actually become a vehicle in motion – you need to actually propel that object forward using a force. More on this as we talk about our project for the day.

I purchased a classroom kit for this project from Educational Innovations, Inc. Not necessary, but it made gathering the necessary materials all the more easy.

The construction of the hovercraft is fairly simple.

We had some excellent problem-solving moments as we tested our hovercrafts. So many of the scientists were having trouble blowing up the balloon in the suggested manner that I asked them to see if they could think of any other methods we could test. One scientist suggested blowing up the balloon on its own, twisting the neck to hold in the air, and then attaching it to the film canister. This was also a little tricky and required some help from adults in the room, but it certainly gave us all less of a headache from blowing the balloons up the original way. Furthermore, a lot of our scientists had to revisit how they attached the canister to the CD. The poster putty was sometimes too flat, too stretched, not positioned correctly, etc.

All discovered (as noted by Newton’s First Law) that unless you give your hovercraft a push, it will just “hover” in place on the surface of the table. The air coming from the balloon, down through the pre-drilled hole in the canister, to create a cushion of air underneath the CD does just that – it creates a cushion of air. That cushion of air helped alleviate friction, but it didn’t actually propel the hovercraft along the table’s surface. Overall, this was a pretty nifty project that I would love to create different variations of for future programs/testing.